Why Have Toxin Binders Been Developed 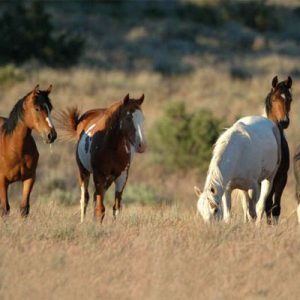 Mycotoxins are an issue for animals, most particularly swine, poultry and to some degree cattle, with a few that are particular for horses. Large international corporations have large manufacturing plants producing tonnes and tonnes of toxin binders for the swine, poultry and cattle industries. These are designed to prevent loss of life, sickness and also loss of productive development (better – bigger animals) more efficient body development. An offshoot of this industry is the application of these binders for horses. Toxin binders used on horses are exactly those developed for the other species as there is no real demand for a specific one as horses are the least affected, the problem of toxin ingestion in horses is not nearly as prevalent as with swine and poultry since the latter species are fed predominately grain, (mainly corn) and this is often subject to poor storage conditions which lend themselves to producing mould on the feed (storage of grain for horses is usually not in large silos, there is usually has much better supervision and management of feed for horses, often processed). Indeed if binders were not required for species other than horses, then none would be produced as there would be insufficient demand to validate large scale production. It should be noted that very little scientific research has been carried out on mycotoxin effects on horses as there is a much reduced risk, details of mycotoxins often quoted in horse media are sourced from the data on pigs and poultry to infer that horses have a similar vulnerability because of this data is misleading.

In New Zealand the main area for consideration is in the pasture. Unfortunately there has been a certain amount of scare mongering amongst amateur owners that grass is not good for horses and we are seeing many animals being removed from paddocks to stand in pens. This is just not natural and not good for the horse’s health and welfare. It is perfectly natural for horses to graze grass and this is validated by professional establishments (eg. studs) who maintain animals in paddocks with great success. There are a few times that grass mycotoxins are negative to horses, mainly pastures containing endophyte protected ryegrass, found in some dairy pastures. Also paspalum pastures that have gone to seed, cut pastures that have been left to rot in damp conditions especially those containing white clover, accidental ingestion of noxious plants from the bush or garden.

What Are Toxin Binders

Toxin binders come in two basic formats, either an adsorbing agent or a bio-transforming agent. Also there are substances which do not directly interact with mycotoxins like antioxidant agents and although not strictly considered as detoxifying they are very efficient for reducing the toxicity of mycotoxins.

In the adsorbing category there are two options: a series of aluminosilicates, bentonite, montmorillonites and zeolite, all basically mineral clay structures and then there are the yeast type – mannon protein/carbohydrate (glucan) options. Neither totally capture all toxins but both will cover the serious ones and reduce their effects. Either will effectively assist horses to reduce the effect of their specific challenges. The adsorbing types cover a larger spectrum than the biotransformers and therefore they are the ones most commonly available. The main mycotoxins are aflatoxins and fusariums. They are both mainly in corn and peanuts that have become mouldy, and are very serious to animal health particularly pigs and poultry. Aflatoxins can affect cattle in that they can contaminate the milk and influence the level of production. Also the performance of cattle reduced ie. reduced weight gain, reproductive performance, milk output, hence much more research has been carried out on this form. The other common form, and this is the type that may  affect a horse are the fusariums, which can be found in grass as well and mouldy feed and hay. Some research indicates in NZ that one in particular called Zearalenone may affect the efficiency of reproductive performance of breeding ewes. No known effect has been recognised in horses.

It is accepted scientifically that horses are less vulnerable than other species, firstly because the nature and care of feed storage, and also that they are less susceptible to the performance limiting effects of grass related mycotoxins. So why does the horse need a toxin binder – well in reality the large majority don’t except that in certain circumstances they may be vulnerable to a few specific conditions, if those situations are possible then a binder can help prevent a toxin effect.

How Can Toxins That Affect Horses be Avoided?

Issues for horses can often be reduced or removed by a change in management. For example care and attention to feed and hay storage to reduce the possibility of moulds, grain stored in clean dry containers and the bin cleaned out and emptied before new product is added. Clean stable conditions with the removal of old hay, also the washing of hay. With Paspalum pasture, the risk is easily reduced by mowing the pasture before the seed heads appear. With endophyte protected rye grass  pasture it will be better to remove the horse prior to the autumn or at any time when the pasture is short (e.g. drought conditions). Make sure any hay fed is not from the same pasture.

Why and When Should You Feed a Horse a Toxin Binder

So why do you think the horse needs to be fed a binder? Sadly there have been some misleading facts introduced by businesses trying to establish a toxin binder as the solution to a horse’s high energy or even perfectly natural ebullient behaviour. Many owners are often concerned when their horse responds with negative, seemingly out of character of the quiet placid animal they wish to own. This concern leads to a plethora of products which purport to provide a solution, the highest of these is a toxin binder.

Now let’s look at this from a pure common sense point of view – Ingestion of toxins create sickness in an animal – a sick animal does not exhibit high energetic behaviour, it will show signs of being ill. Toxins that affect horses can be from native trees and plants like ngaio or tute, weeds like nightshades, if you have seen horses after eating these – they are very sick, scour badly and lose weight rapidly. Horses that ingest mouldy feeds react similarly, horses that get their head in the garden and eat oleander – will probably die, none of those horses will be unruly, but they will need the services of a veterinarian.

The most well-known toxin that affects New Zealand pasture fed horses is lolitremB, this is the one that creates the neurological reaction called staggers. It is found in rye grass that has been endophyte protected, to prevent a weevil from destroying the grass. (Recently new species of rye grass has protections that do not have lolitremB). It is mainly found in dairy pasture and horses are vulnerable when they are grazed on these paddocks when the grass is short. The fungi is found at the base. Often showing up in the Autumn, the answer is to remove the horse from this type of pasture and also feed a toxin binder prior to and during the high risk time to reduce the response. If your horse is likely to ingest foodstuff that may come under the above list (ie badly stored, signs of age or mould) a binder may assist, but if he shows signs of sickness then it is imperative to discuss with your veterinarian.

Whilst it may be helpful to feed a binder to horses who may be vulnerable to the above: mouldy feed, poisonous plants, endophyte protected rye grass, it is important to recognise that it is not the magic bullet to solve the issues of behaviour shown by many horses, nor is it acceptable to remove the horse from all grazing because he is negative exhibiting behaviour issues. Happy fizzy energy will come from the sugars in the grass not mythical toxins, so help them digest those sugars.

If your horse is exhibiting unhappy difficult  behaviour, negative responses to being ridden – or even touched, it is not a mycotoxins reaction but much more likely to come from pain, either hidden injury, gut pain or discomfort, even poor equipment not fitting comfortably, or a lack of a balanced diet with fibre, protein, fat, carbohydrate, minerals and electrolytes in correct ratios. Read more about supplements and ratios in our article ‘What supplements does your horse really need each day’.

Most likely it is digestion difficulties – ie lack of processing the sugars in grass and grain effectively in the gut creates discomfort to the point that he reacts as described above because poorly digested feed creates excess acid in the hindgut, that is the high level of discomfort that he is trying to indicate to you through the change in his demeanour. A product like Digest-Rite, that contains not only a silicated oxide type binder and a yeast mannan oligosaccharide type binder (Biomos®), but also alpha and beta enzymes to improve the digestion and rice bran a high antioxidant, makes sense in that it can help prevent many issues that influence the wellbeing of the horse and its reactions. Many horses change character after only a few days of being given Digest Rite. Equine Athlete Digest-Rite Sport Formula is a nutritional supplement formulated for both sport and pleasure horses whose diets are based on pasture and some hard feed, covering many issues that can show up as negative responses and behaviour of a horse.