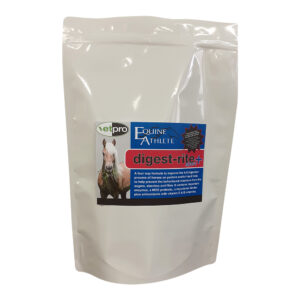 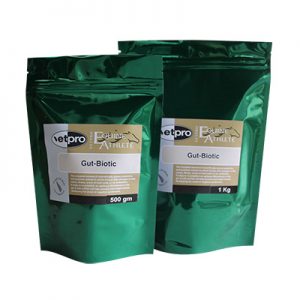 The Horse's Gut and Digestion Issues

The process of eating and digesting has many facets and problems can arise for different reasons and in the different areas of the equine gut.

Digestion starts with the mouth and regular checking of the teeth is important as sharp edges, abscess or malformation will influence the process from the very start.

The food moves down the oesophagus to the stomach. It can never move back up- a horse can never vomit. When a horse seems to be vomiting – it is actually called Choke and it comes from a blockage preventing the food moving into the oesophagus and it pushes back out through the mouth and nostrils.

A horse’s stomach produces acid 24/7 and it is this that makes it vulnerable to ulcers. The horse relies on feed (particularly fibre) passing slowly through the stomach all the time. An empty stomach results in the acid attacking the stomach wall and an ulcer is the result. Prevention and maintenance can be helped with a supplement for gastric ulcers.

Feed is released from the stomach in small amounts into the small intestine (foregut). The equine digestive tract is unique in that it digests portions of its feeds enzymatically- first in the foregut and ferments in the hindgut. The process of absorption of the nutrients begins with enzymes in the foregut, then on into the cecum and the colon where the process of absorption is continued by the microflora (the bugs) – the cecum and small and large colon are referred to as the hindgut. Finally, the residue passes through the rectum to the outside world.

One of the main problems of this process is that feed moves out of the foregut and into the hindgut quickly and only partially digested. If not completed it then results in lactic acid being drawn down into the hindgut, causing discomfort- even pain and that is reflected in the behaviour of the horse. This can be remedied by feeding higher amounts of fibre (cellulose) and giving the horse digestive enzymes which help to complete the processing in the foregut – hence preventing hindgut acidosis . Read more about Digest Rite

Often this change in behavior is misguidedly interpreted as coming from mythical toxins in the grass . There are no such toxins that cause digestive issues and removing a horse from pasture only opens them up to the possibility of ulcers and hindgut acidosis from too much hard feed . Grass is the best and most natural nutritional substance for a horse and allowing a horse to graze and have a constant flow of high levels of fibre in balance with protein, fat and carbohydrates is ideal.

To know more about this topic follow the articles on this site:

How much to Feed and What to Feed

The Basic Care and Management of the Older Senior Horse