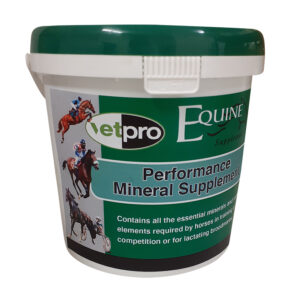 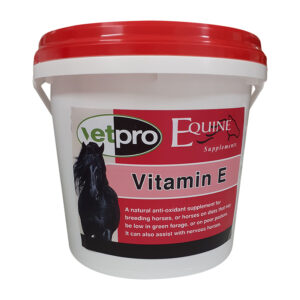 Eleven months, eleven days have passed quickly. It didn’t seem long ago that the stud master had phoned to say that your mare had been served. Nor did it seem that long since you paid the vet’s bill for the 42 day pregnancy scan.

The time had passed quickly alright; you had followed the check-list you wrote to the letter. You had taken the vet’s advice on feeding, increasing the energy and mineral content of the diet during the final three months of pregnancy. You had even bought a spare set of batteries for your torch and a film for you camera.

Yes, there was no doubt you were prepared and ready as you would ever be for the birth of the foal. Now the waiting game had begun; night after night of interrupted sleep, getting out of bed every 2 hours to check on the mare. After five nights nothing had happened. You started to feel a bit weary; your boss had noticed you yawning at work. How long do I have to keep this up for, you ask yourself.

So who decides when the birth process should start? What are the signs of parturition and are there ways of accurately predicting when foaling will take place?

In the year 600 BC, Hippocrates stated that it was the foal that controlled the time of birth. It took scientists until the early 1960’s to gather enough evidence to support his claim. Through studying pregnancies in sheep and cows, they found that foetuses with brain and pituitary gland deformities, had longer gestation periods than normal. Possibly there was some chemical interaction missing between the foetus and the mother that caused the pregnancy to continue past full term.

The pituitary gland, located at the base of the brain, is the main endocrine gland in the body. In response to incoming messages from the brain, it produces hormones that are released into the circulation, targeting other endocrine glands throughout the body. Each hormone is able to instruct the gland to produce its own hormones which in turn are released back into the circulation to act on various organs and muscles.

Scientists have been able to demonstrate a steady rise in the level of foetal cortisol as foaling approaches. This increase appears to be the signal from the foetus that it is fully mature and ready for birth.

Because the foetus and the mare share the same circulation, the foetal cortisol passes into the mare, triggering a chain of biochemical events that starts the birth process.

So it appears the foal will decide what day it is born, where as the mare will decide the time of day.

The signs of preparation for foaling are easily recognisable. Approximately 10-14 days beforehand, the pelvic muscles and ligaments start to soften and relax. This is particularly noticeable between the tail-head and the vulva.

Development of the udder or ‘bagging up’ is most obvious sign that parturition is approaching. The final size of the udder can vary between mares so size should not be used on its own to predict the time of foaling. The fluid that can be expressed from the udder (pre-colostrum) changes in colour and consistency as foaling approaches from a clear watery fluid to a thick yellow-cream colour. As it dries, it forms beads on the ends of the teats, commonly known as waxing. This usually occurs 12 to 48 hours prior to foaling. It is a fairly reliable sign but it can vary between mares. Some will not start waxing until hours before, others may not wax up at all but instead drip milk for 3 to 4 days beforehand.

By measuring either the calcium, sodium or potassium levels in the pre-colostrum, the time of foaling can be determined.

The calcium levels are assessed using the test strips that are used for measuring water hardness. The strips consist of 5 zones of increasing sensitivity for both calcium and magnesium. An increase in calcium causes a colour change on the strip. Testing should be carried out on a daily basis. When 4 out of the 5 zones have changed colour there is a 80% probability that the mare will foal within 12 hours. When all 5 zones have changed, the probability increases to 95%.

Measuring the sodium and potassium levels in the colostrum is more involved as it requires laboratory analysis. As foaling approaches, the sodium level begins to fall rapidly while the potassium level rises. At the time they cross over, foaling will occur within 12 hours.One useful piece of equipment well worth investing in is a foaling alarm. These are battery driven devices that are strapped to the mare’s halter and are activated when they are rotated through a 90 degree angle, which in most cases is when a mare lies down. As late pregnant mares prefer to rest standing, they are a reliable indicator that foaling is about to begin.

Mares are notorious for having their foals at night, usually 10 minutes after they were last checked. Making sure you are present for the birth is important so that any problems are attended to immediately.

Whether you chose to employ these methods depends on what value you place on your sleep. I would recommend using the calcium test strips and if you can borrow or hire a foaling alarm, I would suggest using one of them as well; both are time and money well spent.