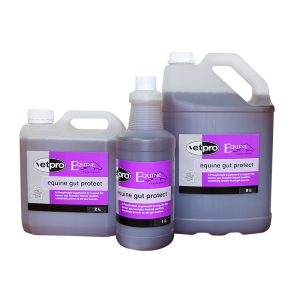 Details
PrevPreviousVitamin B1 – Thiamine. What – Why – How
NextHorses Gut Health – The What, Why, How of Equine Digestion using Probiotics and Prebiotics SupplementsNext

What and Why are Ulcers in the Horse

An ulcer is a sore in the lining of the stomach wall. The horse’s stomach is divided into two areas:

One third is the Oesophageal or Squamous part and is non glandular – so no secretions.

Two thirds is the Glandular (lower) region and does secrete a mix of hydrochloric acid, pepsin, bicarbonate and mucous and has a protective mucus layer.

Science had determined that ulcers should be called Equine Gastric Ulcer Syndrome or EGUS as ulcers in themselves are not a disease, and have many causes and symptoms. This definition was pertaining to ulcers in the squamous region. However just to complicate things further they have now found that ulcers develop in both areas of the stomach and those in the Glandular region should be referred to as Equine Glandular Gastric Disease EGGD.

So two areas of the stomach capable of producing ulcers from different causes. The Squamous region is the most common site of ulcers, and a common cause here is due to a lack of fibrous (slow moving) feedstuff. This part of the stomach is affected by the acid from the glandular region 24 hours a day, every day. It does not secrete the balancing factors like mucous and bicarbonate and does not have a good protective lining.

When insufficient forage is available to the horse, the free flowing acid is not neutralised by the food and damages the wall of the stomach. Ulcers are often diagnosed in race horses due to lower fibre and high carbohydrate diets which pass quickly through the stomach. Conversely studies found ulcers in spelling brood mares on pasture but rarely showing any signs. So its not always stress that creates ulcers. It is true that a stressed (from performance demands, travel, new environments, pain) horse may not eat well and this can be an ulcer trigger.

In the Glandular region, ulcers develop because of a disruption of the balance of the acids and the antacids and also the disruption of the structure of the wall of the stomach by medications such as Bute, NSAIDS and other drugs. They alter the cellular formation, particularly affecting the Phospholipids which are a core of the protective mucous. The key to a healthy stomach free of ulcers is the maintenance of the protective quality of the mucous lining.

What are the Signs and Symptoms of Equine Ulcers

Not all ulcers will show clear symptoms, and tests have shown that horses can have ulcers without any outward signs. When ulcers cause pain, then horses will show signs of pain. Their behaviour may alter from being touchy and defensive to being angry and aggressive. There have been studies to show the effect of feeding  soya fats on improving the behaviour of horses, and also later studies showing that the lecithin from soya does protect the stomach from ulcers – it follows that behaviour improves with removal of pain. Signs vary due to the level of pain but also the natural temperament of the horse.

A horse may be touchy and a change in temperament, grind its teeth, start wind sucking and it may have weight loss. A competition or racing horse can have reduced performance. Unfortunately these outward signs can be caused by other sources of pain so the most direct way is to ask your veterinarian to perform an endoscopy examination. They will pass a tube down the throat and into the stomach. This tube has a camera and ulcers can be seen. There are grades of ulcers and the vet can advise the seriousness of any ulcers detected, sometimes low grade ulcers are found but they are not the source of the pain symptoms.

Foals can have ulcers and they cause serious issues, even death. Foals secrete gastric acid at 2 days old and the acidity is high. The cause is from the lack of food intake (mares milk) from possibly an intolerant mare, a weak or sick foal not making the effort to feed, resting too much or exterior interruptions to feeding. As above this is an ulcer of the squamous region. It can also be the imbalance between the acidic factors and the antacid factors that can cause this ulceration, in the glandular region. A foal may show signs of only intermittently drawing milk, colic, poor condition, diarrhoea.

A veterinarian should be called if these signs are noted.

How can Ulcers be Healed

Antacids are the first response to an ulcer. Treatment from a veterinarian is necessary and they will offer a product containing Omeprazole. This is a Proton Pump inhibitor – an acid blocker (like Losec or Zantac for humans) and is given daily for 28 days. It blocks the production of acid and will allow healing to take place. It is not a long term intervention to prevent ulcers. Reducing acid long term is negative as the horse needs  stomach acid to start the digestion of feed, it is also a primary defence against potentially infectious microbes that he might pick up when grazing. It has now been shown scientifically that a key to preventing ulcers comes from a fat type structure called a phospholipid, this is an essential part of cell membrane structure.

How can Ulcers be Prevented

First look at the feeding programme and make sure the horse has access to forage (fibre such as grass, hay, chaff etc) 24 hours a day. If a horse is being stabled or penned then he should have access to hay for that time. (Note hay should be washed). Keep the intake to Bute or other pain reducing drugs to a minimum if possible.

The current myth of mycotoxins in grass being a reason to withdraw horses from naturally grazing on pasture can have a direct effect on the likelihood of ulcers forming (Check out this article ).  It can create stress in a horse to lock him up away from other horses and unable to roam and graze naturally. Hay is often substituted (it’s dried grass)! it makes no sense and, often hay is not available continuously and pasture would be. Allow the horse access to pasture and feed as supplement to assist digestion of pasture. Analyse how to reduce stress for your horse, use a natural calming product for those times when they can get excited. Seek professional help with the training and handling of the horse, keep calm yourself. Find out more about Vetpro Gut Protect and Vetpro Digest-Rite.

Finally look to providing nutritional support to protect and improve the stomach wall lining. As mentioned, the ulcer is a result of the mucous lining breaking down and creating a sore. Prevention is about providing support for that lining in the form of a phospholipid. This is the key factor in the mucous and it has been scientifically shown that feeding a substance called Lecithin provides the phospholipid of the mucosa. Lecithin is a naturally occurring substance found in animal and plant membranes and is most common in soybeans, it has two active parts – one strengthens the wall cell membranes and the other acts as a short term barrier to acid in the  glandular region. While it can be difficult to store and feed in a granulated form – the liquid lecithin is ideal for adding to the horses’ diet. It has been shown to aid the gut mucosa.

In summary prevention comes down to maintaining a high fibre portion of the diet on a 24/7 basis, pasture being the best option. Where practical reduce grains and cereals and increase fat in the diet, eg soya bean oil. Avoid overuse of pain relieving drugs, and provide nutritional support in the form of lecithin or other phospholipids to support the structure of the stomach wall. Be wary of products claiming ulcer solutions if they do not provide a phospholipid or have science to show efficacy.

Lichtenberger L.M.,  Barron M. and Marathi U, Association of phosphatidylcholine and NSAIDS as a novel strategy to reduce gastro toxicity.